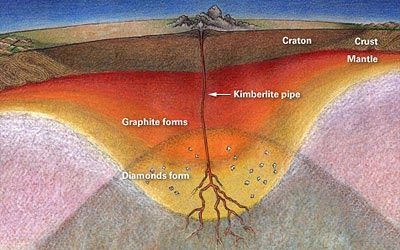 “If there’s anything to admire  its a tear drop of joy from angels.  They are found perfectly preserved in what we refer to as diamonds” Sean Kastner 2015

Lets look at an article prepared just for you:

The Eternal Beauty Of A Diamond

If my quote is to etheric, then for the creationists, this may give the missing elements of why diamonds are diamonds and

The story of diamonds begins  billions of  years ago, beneath earth’s surface layer, under ultra-high pressures and intense heat. In fact, the oldest diamonds are more than 4 billion years old— as old as the planet itself ( or what science believes its age is)!. This is one of the a makes diamonds so sought after, as each one of these stones holds the secrets to our planet’s past.

In other words, owning a  diamond is owning piece of creations mystery .

Diamonds are unique, rare Precious, and I want another one! 😉

The origins, the long journey, their everlasting nature and the limited places that these stunning rocks are found is what makes diamonds so rare and expensive.

More efforts are required before these sparkling rocks can make it to you as a piece of exquisite jewellery:

Today, diamonds are are found only in these countries in the world, the majority (approximately 65%) being found in Africa:

Diamonds have a universal appeal, irrespective of what part of the world or which culture one belongs to, a diamond has and will always represent pristine beauty. So what is about a diamond that makes it so beautiful:

A perfect diamond is one which has no inclusions, is of round brilliance and 100 carats.